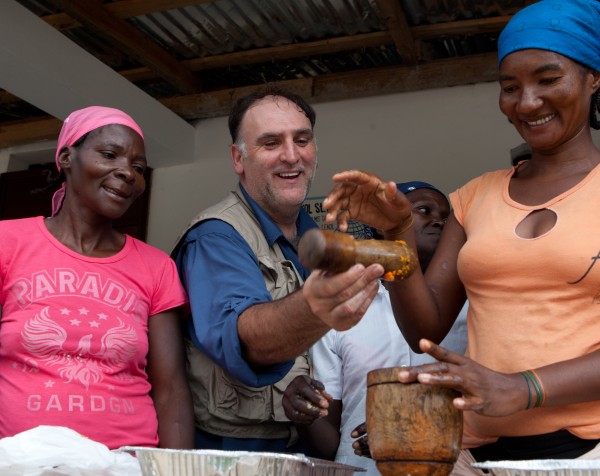 Following the devastation of the earthquake in Haiti in 2010, José Andrés founded World Central Kitchen (WCK) to use the expertise of his chef network to empower locals by providing them with clean gas cooking stoves and food safety/sanitation training. WCK also set up smarts schools kitchens, culinary training for the local hospitality workforce (helping to elevate the profession and boost tourism), and a restaurant and bakery in two orphanages (earning them additional funds). Currently, WCK has 10 projects in 5 countries – including a guest chef mentoring program in Washington DC. José is one of the ambassadors of Hillary Clinton’s Global Alliance for Clean Cookstoves, and, each year, organizes the Capital Food Fight to raise money to support DC Central Kitchen, among other philanthropic work. His efforts on behalf of World Central Kitchen, DC Central Kitchen, LA Kitchen, and Martha’s Table help these organizations combine for an estimated 8 million meals produced annually, in the U.S. and around the globe.