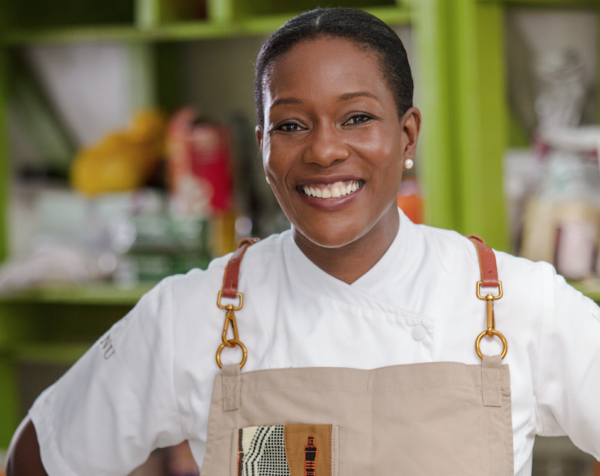 Selassie is opening doors of opportunity for Ghana through food. After spending a decade working for the UN – she holds a degree in International Affairs from Columbia University– Selassie jumped into the kitchen to explore how food could tackle social challenges, eventually graduating from the Culinary Institute of America (CIA). She returned to Africa to open the restaurant Midunu in Accra in 2014 where she has cultivated the concept of New African Cuisine. With an all female team, Selassie is investigating and surveying Africa’s vast and diverse culinary legacy. She hopes that her staff and her work will inspire more women to move beyond their traditional roles as home cooks and bearers of culinary tradition, and venture into professions in Africa’s fine dining industry.

“We try to dispel the myths that the cuisines of the continent are one note and unrefined. We also try to highlight the diversity and history behind it. For such a massive continent there is so little known about the cuisine. We offer a gateway to the journey to one of the last culinary frontiers.”